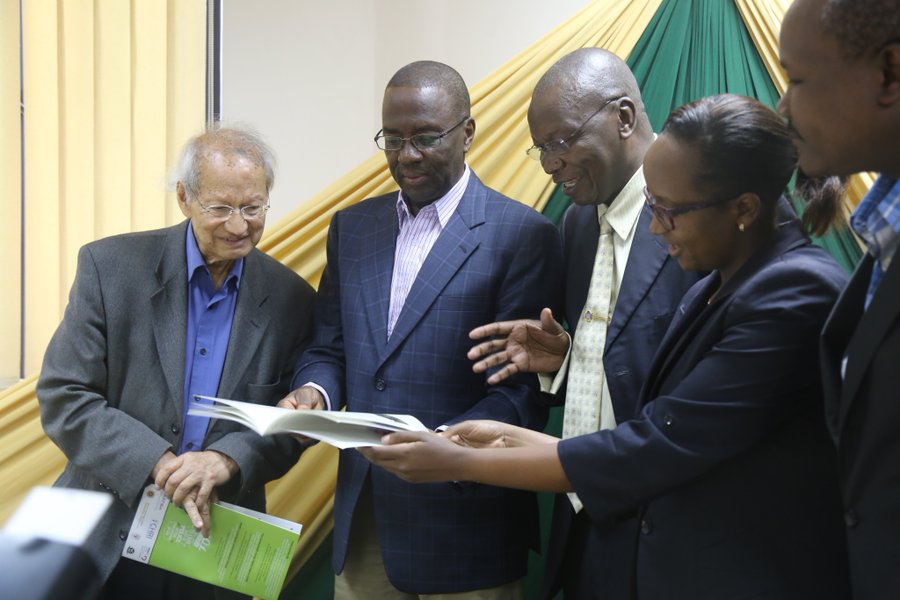 We would no longer be a nation of conflict and bloodshed, but of values and ideas that a presidential task force had devised. This was the work of Uhuru Kenyatta and Raila Odinga (two well-known politicians who have occasionally fought and loved each other over a long period). Their purpose, allegedly, was to make us a nation of lasting unity. But they had been generous enough to let the BBI team take the credit. If we had enough sense to adopt their recipe, we would be a happy and prosperous people, united forever. We have been deeply divided by elections. Now our leaders and the BBI team have discovered a recipe for unity and peace that will soon become the central part of our Constitution.

We will become not only peaceful but united, prosperous and caring. In fact, we shall have put the Constitution fully into operation, especially if we allow Uhuru and Raila to tinker a little with it. Otherwise we will have wasted billions of shillings. So, what is the history of this wonderful development? The start appears to be rather modest. The government seems to have discovered that some aspects of the Constitution were being disregarded. In 2018, Raila and Uhuru reconciled and vowed to stop bloody elections. They agreed that the remedy was full implementation of the Constitution. They were inspired after Uhuru discovered that some citizens were disregarding the Constitution and stealing from the State. There is no use deceiving ourselves: our politicians have no love of the Constitution — from 2002 when Kenyans supported a draft of the new constitution to its ultimate enactment eight years later (it was forced on them not only by citizens, but the entire African community led by Kofi Annan). At a meeting of party leaders assembled in Naivasha in 2010 – on the Committee of Experts’ revised draft, this time – to suit them, a fundamental change was unanimously approved to vest all power in the president and do away with the prime minister.

Other provisions of the Bomas Draft were removed when it did not suit politicians. Back to the BBI. We were told the exercise of change was limited to dealing with the following problems: 1) ethnic antagonism and competition; 2) lack of national ethos, leading to negative politics; 3) lack of inclusivity in the public domain, whereby large sections of its citizens have been left out of mainstream national development and political activity; 4) devolution, though successful, is lacking in its political viability and economic sustainability, and the exclusion of minority communities. Fifth, divisive elections threatening human rights and economy; 6) safety and security, whose absence leads to natural and man-made risks; 7) corruption, which is destroying lives, public trust and prosperity, despite the laws and institutions that have been put in place to combat the vice; 8) lack of shared prosperity unlike many countries that have developed methods of sharing among their people; and 9) failure to respect and enforce human and civil rights.

Politicians are responsible for many of these failings. Families of eminent politicians and even presidents have been known for stealing from the State. Fundamental decisions have been made by presidents to augment their wealth from almost the first day Kenya achieved independence. None of them cared about these problems. Uhuru has been in important governmental posts since before the Constitution came into force. After eight years as president he has done nothing to correct these violations. On the contrary, his policies and acts have accentuated them — and he knows it.

The levels of poverty under Uhuru have increased exponentially; his own personal record in the management of State revenue and parastatals is more than miserable. It would not be difficult to give numerous examples of how the interests of the family led to policies and acts that have done enormous damage to the nation. In fact the situation of most Kenyans has deteriorated greatly under Uhuru’s reign (this – a word properly used of monarchs not presidents – is what it has been). Even more of the Constitution has been violated by him and his government. Had he been serious, the nation would have taken many steps towards the fuller implementation of the Constitution and improvement in the lives of the poor and deprived. It was not necessary to wait for something like the BBI report and its exhortations to follow the Constitution – much of it sensible if hardly original. But this seems to be just a facade. Instead, Uhuru and his dearest colleague, Raila, are now embarked on a project that will make it even harder to achieve national values. The nine deficiencies they identified will no doubt be aggravated. Not that they care. By amending the Constitution as has been outlined, citizens will suffer an enormous blow. Already the BBI process has called for enormous sums of money as millions of Kenyans are dying of poverty. Let us not deceive ourselves that they care the least about poverty — otherwise we would not be in the present situation of a large number of the poor, and a handful with wealth beyond imagination.

It seems to me that the objectives of constitutional amendment that will be discussed are clearly to favour a particular class, rather than tribe, in a nation of great diversity. These groups have dominated Kenya’s politics and wealth ever since Jomo took over the reins of the State. It seems that his son is reluctant to give up the running of Kenya. The problem is that he will soon have had two sessions as president. So, perhaps the prime ministership could be dusted off and offer a solution. As an experienced scholar of parliamentary systems, I don’t think that what is now proposed to create a few political posts for, no doubt, those coming from major tribal communities, is going to work — nor should it, the way it is to be organised. It seems to me that the objective is to maintain the hegemony of a few large tribes by ensuring that they do not fight each other. In their political discussions, there is little reference to the other tribes or communities. Praise, though, they give to diversity, there is really little regard for it. A critical issue for them now seems to be ethnicity and class. If you look at the amendments proposed about Parliament, it is clear that tribal leaders will have recognition. In reality, it is the political elite, not the people, who are the real concern. The rights of citizenship are less important than those of membership of these distinguished tribes — a concept which under the preamble of the Constitution is prohibited in politics. It is clear that their political interests are now going to take a place among the critical values of the Constitution which emphasises nationhood and is based on “the aspirations of Kenyans for a government based on the values of human rights, equality, freedom, democracy, social justice and the rule of law”.

But who cares. Senior tribes, or their leaders, are as important as they have been since independence.