Home  »  Board of Directors 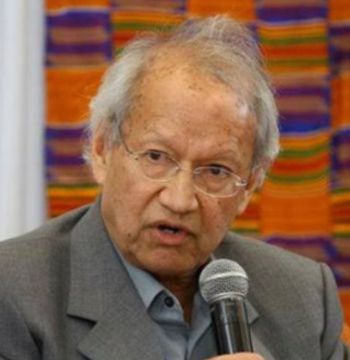 Yash Pal Ghai studied law at the University of Oxford and Harvard Law School. He taught at the then University of East Africa, in Dar es Salaam, and was its first African national Dean. He later taught at Yale, and the Universities of Uppsala, Warwick and Hong Kong as well as being visiting professor at several other universities. He has been involved in various capacities in the making of over 20 constitutions, from Papua New Guinea (1975). He chaired the 2000- 2004 phase of constitution making in Kenya. He was co-author of the book still read by Kenyan law students (Ghai & McAuslan, Public Law and Political Change in Kenya (Oxford University Press, 1970). He and Jill Cottrell Ghai spend a good deal of their time working for Katiba Institute on a pro bono basis. 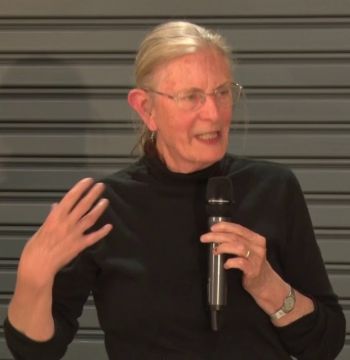 Jill Cottrell Ghai taught law at universities in Nigeria, the UK and Hong Kong for over 40 years, having studied law at the London School of Economics and the Yale Law School. Towards the end of that career she was particularly involved in teaching economic social and cultural rights. And she also had the chance to act as advisor on the constitution making processes of several countries: including East Timor, Nepal, Maldives, Iraq and Somalia. Since 2008 she has been involved in educating about, and pushing for the implementation of, the 2010 Constitution of Kenya. Jill and Yash Ghai authored the first book on that Constitution (Kenya’s Constitution: An Instrument for Change). 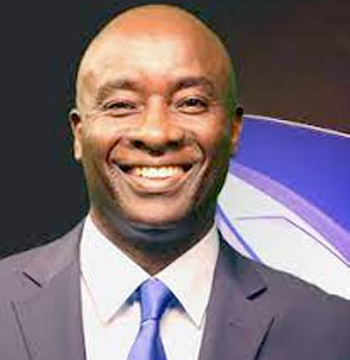 John Sibi-Okumu taught French for nearly 30 years. He is an accomplished actor, writer, journalist and television presenter. He has acted in films including Born Free (1975), and The Constant Gardener. Over the years Sibi-Okumu has appeared in some 40 lead roles on stage, including Sophocles’ King Oedipus; and Shakespeare’s Romeo, Oberon and Shylock. Sibi-Okumu himself has written various plays, including In Search of the Drum Major on the American Civil Rights Movement, Minister Karibu! Elements, Role Play, Meetings, and Kaggia. His is also a distinguished director (the musical Mo Faya) a journalist and TV personality. He also writes regularly for AWAAZ – Voices of the South Asian Diaspora. 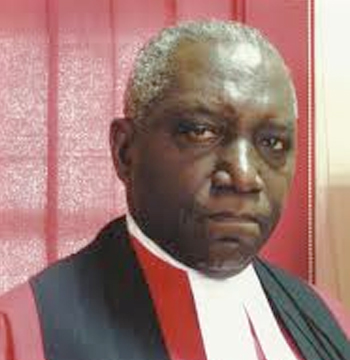 Justice (ret’d) Barnabas Samatta retired from the Tanzanian Bench in 2007 after a long and distinguished legal career. He was a State Attorney, and then Director of Public Prosecutions. He served on the High Court bench, then on the Court of Appeal, and then served as Chief Justice for seven years. A judge of impeccable integrity, Justice Samatta’s decisions touched on key areas of the rule of law and the constitution. He emphasized that the constitution crystallizes a consensus among citizens as to the nature and character of their polity and governance. He believes that the doors to justice should be opened to all regardless of their station in life or economic position. He was a member of the Kenyan Judges and Magistrates Vetting Board from 2012 to 2016. He is now the Chancellor of Mzumbe University in Tanzania. 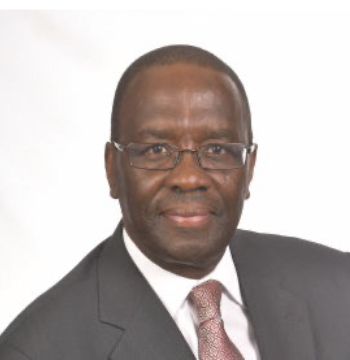 Justice (ret’d) Dr. Willy Mutunga is the retired Chief Justice of Kenya and President of the Supreme Court of Kenya. He recently visited the Maldives as the Commonwealth Secretary-General’s Special Envoy. He has lectured at the University of Nairobi, Faculty of Law. A committed activist in the pro-democracy movement in Kenya since the 1970s, Dr. Mutunga has worked in a number of prominent human rights organizations throughout the country and has also been an active member of the university staff trade unions. He served as the Chair of the Law Society of Kenya from 1993-1995. He is also the author of a number of widely published articles, on the rights of detainees, the role of NGOs and civil society in democratization, the constitutional rights of Kenya’s nomad pastoralists, and the rights of tenants, as well as a book on the movement for a new constitution in the 1990s. He is also the former board member of the International Centre for Human Rights and Democratic Development in Montreal. 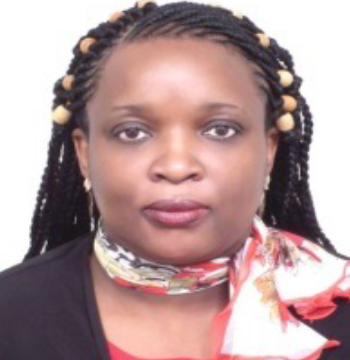 Dr. Linda Musumba is a senior lecturer at the School of Law, Kenyatta University and was the founding dean of the school. She holds a PhD from the University of Birmingham and an LLM from the University of Warwick. She earned her LLB from the University of Nairobi. Her main interests are constitutional law, rights-based discourse and legal theory. She is active in civil society and has given numerous lectures to legal and non-legal audiences. She also has her own legal consultancy firm. 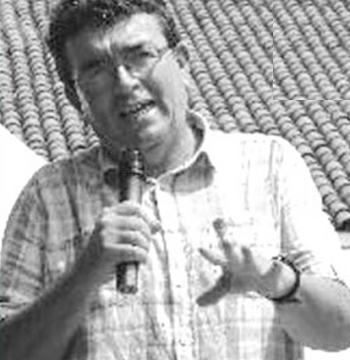 Father Gabriel Dolan is a Catholic missionary who has, in the last 33 years, worked across the country, including in in Mombasa, where he is currently based. A great champion of the Constitution, he is a leading light in civil society. He was formerly on the Board of the Independent Medico-Legal Unit and is now a Director of Haki Yetu. He is a regular Daily Nation columnist. He is particularly active in fighting against land grabbing and unjust evictions and has been arrested numerous times for protesting against injustice. He believes that the struggle for freedom is a lifelong project-a struggle to which he is fully committed. 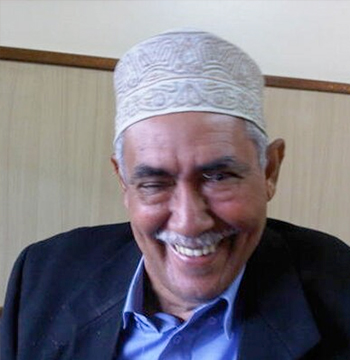 Professor Abdalla Bujra, is a scholar and academic, from Lamu, Kenya. He studied at the School of African and Asian Studies, University of London, from which he obtained a PhD in Social Anthropology. Prof. Bujra has taught in various universities around the world. He has written or edited several books and is the author of many articles.

He is a founder of the Dakar based Council for the Development for Social Sciences in Africa (CODESRIA). He was its first fulltime Executive Secretary from 1975 to 1988. He has also participated in and managed several major high level Pan-African Panels and Committees linked to the African Union (AU) as well as Pan-African Independent Research Organisations. 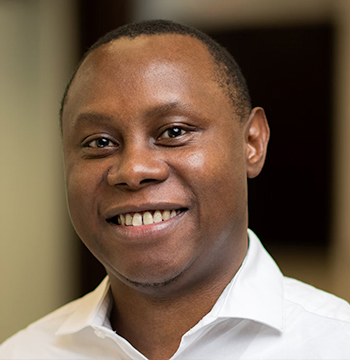 Waikwa Wanyoike was a founding director and the inaugural Executive Director of KI (until his resignation in September 2018). He is an Advocate of the High Court of Kenya and a Barrister and Solicitor with the Law Society of Upper Canada. He appears regularly at the High Court, Court of Appeal and the Supreme Court of Kenya as a public interest litigator on ground breaking constitutional matters. He has advised government and non-governmental agencies on constitutional implementation and policy reforms. He also appears regularly as a resource person during training programmes organized for Judges and Magistrates by the Judiciary Training Institute. He studied at Kenyatta University and York University (Canada). He has taught Advocacy (Refugee and Immigration law) at Osgoode Hall Law School of York University. He has authored and co-authored numerous book chapters on diverse topics on the Constitution. 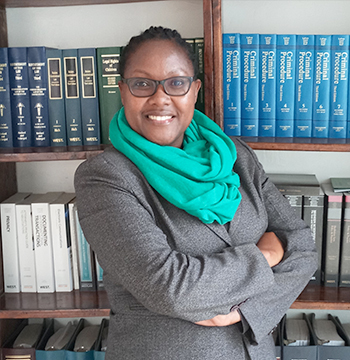 Christine Gakii Nkonge is the Executive Director of Katiba Institute. She is an advocate of the High Court of Kenya and a Public Interest Litigator on constitutional and human rights matters, in the High Court, Court of Appeal and Supreme Court. She graduated with a Bachelors in Law from the University of Nairobi and a Masters of Law degree in Human Rights in International Justice Specialization from the Central European University, Budapest. She has litigated a wide spectrum of criminal cases before magistrates’ courts in Kenya and has ample experience in children’s rights. She has also appeared before the High Court of Kenya a counsel in a number of human rights violations. She was the Senior Litigation Counsel/Public Interest Litigation Manager in charge of the public interest litigation unit in Katiba Institute before taking up the acting position following the departure of the founding Executive Directing in September 2018 and being appointed to the substantive post in July 2019.

Stay in the Know!