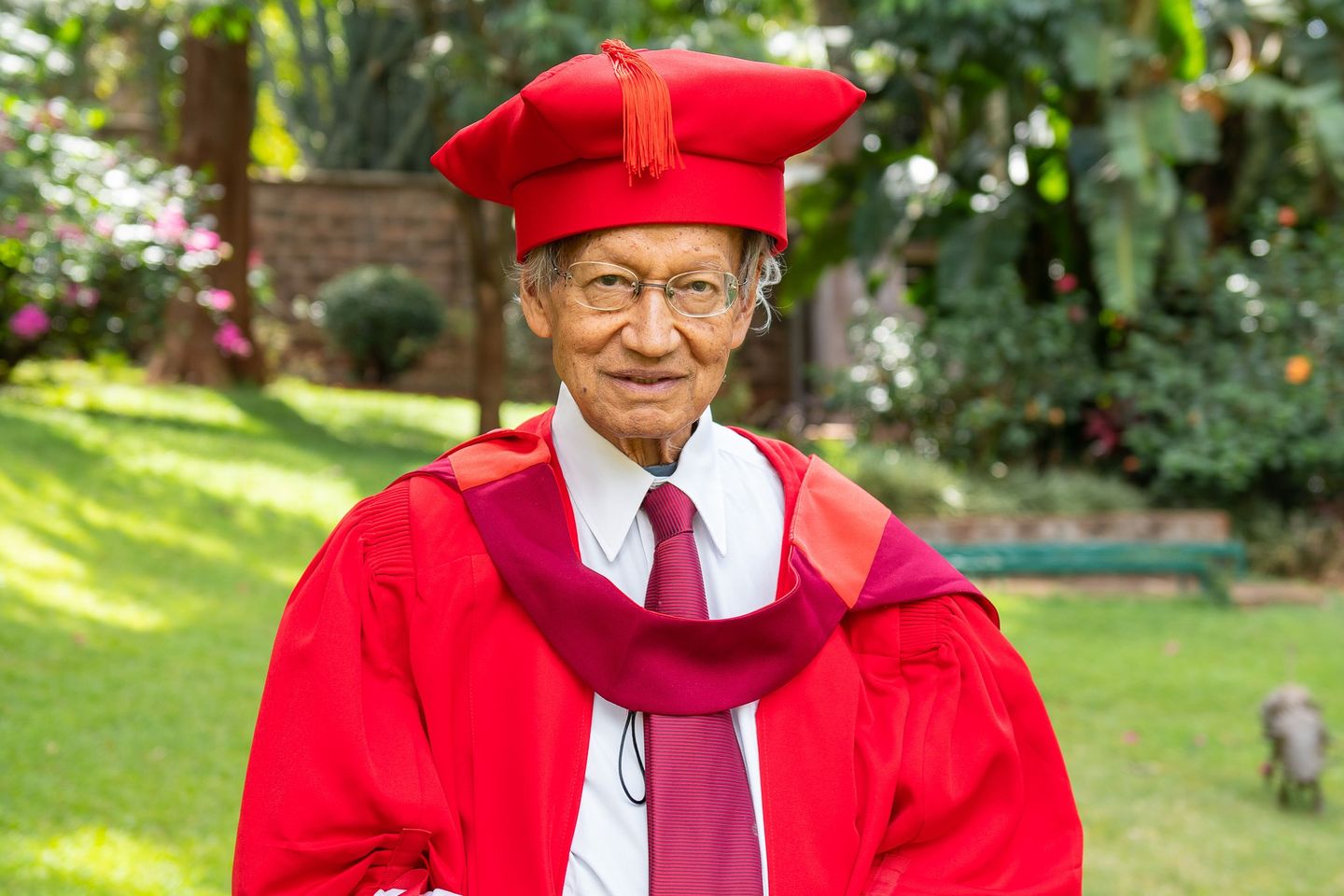 Professor Yash Ghai was awarded an honorary doctorate in law by the Faculty of Law, University of Pretoria on 15 April 2021.

The University of Pretoria noted:

“The honorary degree award recognises Professor Ghai’s vast contribution to constitutional dialogue,
particularly in the African region. While his scholarship and contributions have previously been honoured on several occasions, too little of this recognition has come from the African continent, despite him being African. Honouring Prof Ghai with this award is closely aligned with the University of Pretoria’s vision to be a leading globally relevant university in Africa.”

In his address, Professor Yash Pal Ghai thanked the University of Pretoria for the honour. He reflected his connections with Pretoria and how South Africa contributed to the Kenyan constitution making process.

I am very grateful to the Vice-Chancellor and Principal of the distinguished University of Pretoria, Professor Tawana Kupe, for the invitation to the University’s Annual Meeting and doing me the great honour of the award of its Honorary Doctorate.

My connections with Pretoria go back many years when I learnt so much about South Africa’s efforts at independence and establishing the basis of a fair state. I was new to politics but met some key South African politicians when I passed briefly through your country on my trips to Nairobi from Hong Kong (where I was a teacher). It was great learning about the complexity of establishing an independent state and I was very fortunate that leading South African politicians  helped me understand the complexity of this process.