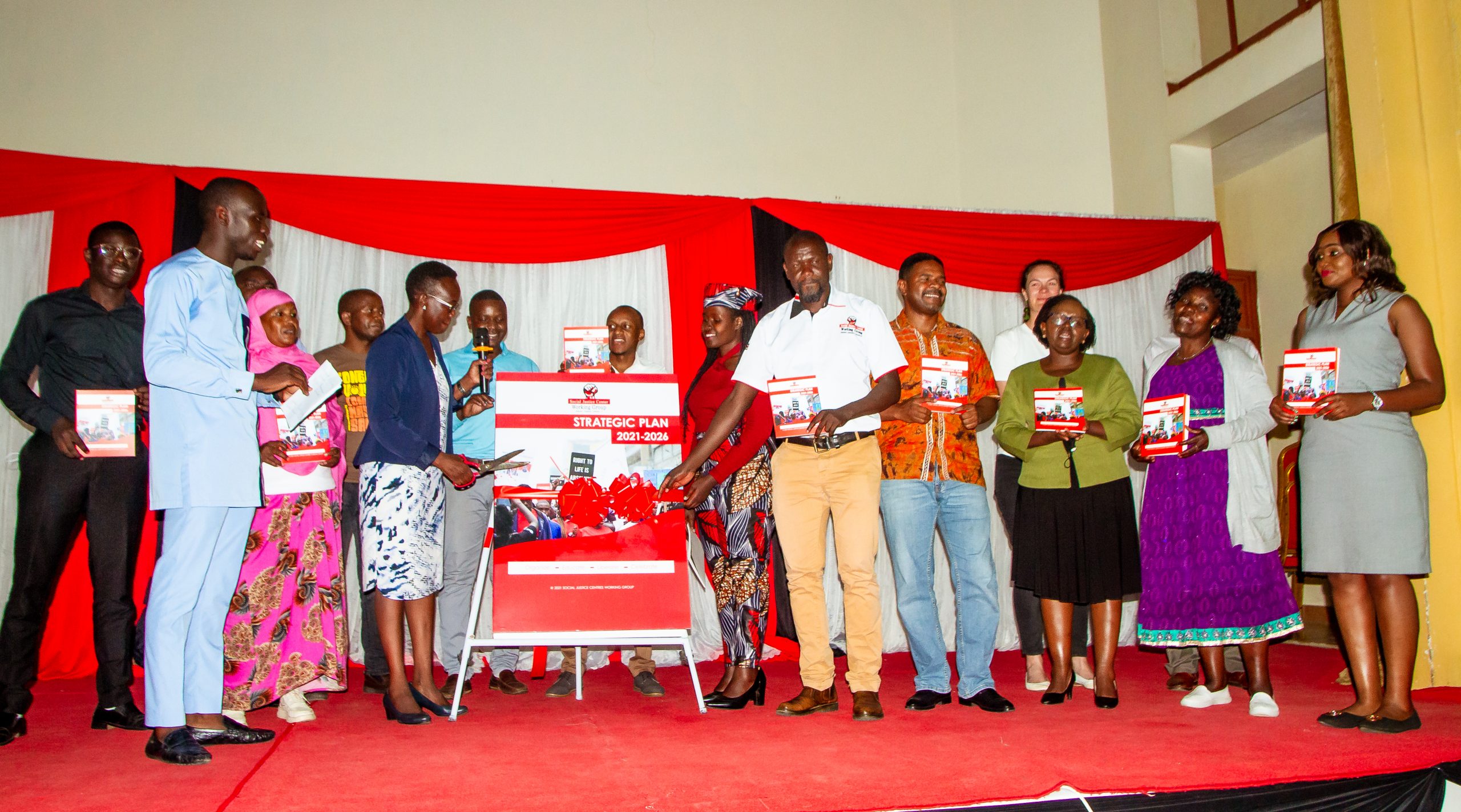 The Social Justice Centre Working Group (SJCWG) officially unveiled its first ever Strategic Plan on 16 March 2022 thanks to the support from the Royal Norwegian Embassy, Nairobi and collaboration with Katiba Institute.

Prof. Yash Pal Ghai lauded the move noting that it was an indication that the movement has a plan. Professor Ghai stressed the importance of the Social Justice Centres in Kenya because they offers a different and important way of viewing the society – importantly, a strong faith in the Constitution and its relevance to achieving a just society.

“Kenya needs Social Justice Centres and the movement. And the need is if anything getting greater. In recent months politicians have shown that they are interested largely in seizing the power of the state—and the benefits that they would get out of it. You offer an important way of viewing our society – an alternative to that of the elite.  And a generational difference, too – it is a perspective more from the youth, and not from the elderly like me, and too many of our politicians.” Said Prof. Ghai.

Prof. Ghai called on the movement to ensure that important phrase in Article 1 about the people being sovereign really means something. He challenged them teach students the values of the Constitution, in which citizenship rather than tribe is the principal basis of the country

In his statement, Erling H. Johnsen, the Head of Development, The Royal Norwegian Embassy in Nairobi congratulated the working group and Katiba Institute for the milestone and challenged them to ensure the strategy is implemented to achieve lasting impact in the society. He noted that the Embassy was “encouraged and continue to be so by the acceptance and vigour with which Katiba Institute agreed to walk with Social Justice Centres and provide an added pair of safe hands to deliver the project.

The Embassy also lauded the Social Justice Centres Working Group and Katiba Institute for successfully running the SGBV project which has seen support for SGBV victims and survivors in informal settlements, particularly during the critical stages at the height of the pandemic.

“We are equally proud of what they have achieved together. Gender desks have been established in 41 social justice centers in that period, and collectively they have dealt with over 2000 SGBV cases, many of them referred to police gender desks, hospitals and other collaborating partners for support. Very importantly, 5 perpetrators (out of many that were taken to court) have been sentenced, with one perpetrator receiving life imprisonment in Baringo.” Mr. Johnsen noted.

The Social Justice Centre Working Group national convener Wilfred Olal thanked the movement members for their role in ensuring a successful process in drafting the first strategic plan for the movement. Olal rallied members to remain true to the founding values of the movement and stressed on comradeship for the movement to succeed.

Olal thanked the Royal Norwegian Embassy for supporting the movement in its effort to plan. He further appreciated the Embassy’s support for the ongoing project on SGBV. He said the movement was fully committed to its motto- “Organize, Educate, Liberate, Celebrate”

Also present at the event held at Ufungamano House in Nairobi was Li Fung, the Senior Human Rights Advisor to the UN Resident Coordinator in Kenya who congratulated the Social Justice Centre Working Group on the milestone and encouraged them to continue fighting for Human Rights.