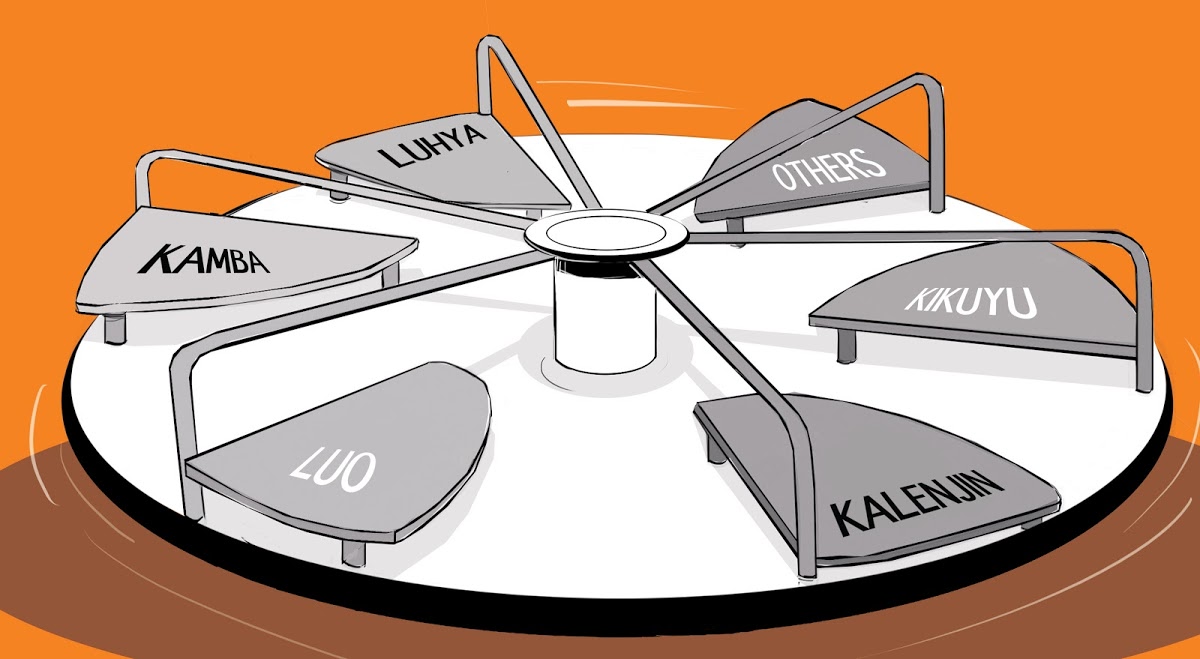 It’s not that I think President Uhuru Kenyatta is entirely wrong when he says we should have a change from Kikuyu presidents. But it is tempting to say that is a bit late in the day to realise this, when the 34th year of Kikuyu presidency/ headship of Kenyan government recently ended – out of the total of 58 years of independent Kenya .

I do have a problem, however, with the simplistic notion of some rigid system of rotation, and agree with some sensible pieces, if I may say so, including that by Makueni Governor Kivutha Kibwana in a Sunday newspaper.

I have found difficulty in locating any examples of true rotation of heads of government.

Some, including Raila Odinga, have mentioned the Swiss system. There is a ‘President’ of Switzerland. The real Swiss president is a seven-person council, and the individual President is a member of that council and chairs it – and, while chair, is thought of ‘first among equals. The post indeed rotates, annually, but not on the basis of ethnicity, or even canton or political party.

The council members are elected by the national assembly and each heads a ministry. In a sense, the individual President is a ceremonial office, with limited real powers. Less than a prime minister and nothing like an executive president.

Nigeria has a sort of convention of alternating between Northerner and Southerner presidents. Not around the maybe 400 tribes, or even the 36 states.

The European Union is completely different. For some time, the European Council (heads of state of the various EU members) was chaired in rotation. But no longer. And still, in rotation, countries (not individuals) chair the upper house of the European Parliament – not an executive body.

Neither involves the executive president of a country. The arrangements are more like those made for chairing international bodies like the UN Security Council – chaired by member states, in monthly rotation.

In Malaysia, too, the headship of state (actually called the equivalent of King) rotates between the traditional rulers of the nine Malay states. Malaysia is a constitutional monarchy – those kings have no power. And the deepest divisions in Malaysian society are not between those nine states. And those nine states are not all the states of the federation of Malaysia – just those with traditional rulers.

In India, there has been a bit of a tradition of choosing presidents from non-dominant groups – in terms of language, religion or caste (though just one woman so far). But this post is also ceremonial – and the system is not rigid, is not in law, has not even achieved the status of a convention of the constitution.

Lebanon has a fixed distribution of posts – the president is always a Maronite Christian, the prime minister a Sunni Muslim and the Speaker of Parliament a Shia Muslim. Ministerial posts are also shared between Christians and Muslims. The process of agreeing who should hold how many posts in the government has proved so difficult after the May 2018 election, there was no new government until January 2019.

Have you ever wondered why the Lebanese government is so dysfunctional (as has often been described) and why young people especially are so disenchanted with it? Is it possibly because this system means that to hold office you do not have to appeal broadly to the electorate but only to your own community, and the identification of who is to be the kingpin for a particular community does not depend on broad competence for the post. And does that ring any bells with you as a Kenyan?

Politics becomes all about being in office, not using one’s office for national good. Did you notice how Joe Biden came into office with things he wanted to do and ideas on how to do them? Even Mr Trump had plans, obnoxious as they were. Some politicians around here don’t seem to have any ideas. I have seen a possible candidate for president in Kenya respond rather like Bobi Wine to the same, “What are your policies?” question by saying effectively “I don’t have any yet, we shall work on it once elected.”

It’s too late then, and especially too late when you come into office for the second and final term, which was rather the tactic of our current President.

The characterisation of our politics as tribal (or ethnic) in so many op-eds and in the BBI, for example, pushes responsibility onto the people of Kenya: we need to do something to prevent these tribal people from engaging in electoral violence by ensuring that they have nothing to complain about because they (at least if they come from a major community) see ‘their person’ in a big position.

I recently read an article about Kenya’s attitudes toward doctors. Ethnicity of a doctor ranked as one of the least significant qualities. This suggests that if they are looking for competence, people rank ethnicity rather low. Yet when it comes to politicians, their view seems different.

But we all also know, and it is written about constantly, that politicians manipulate the electorate and convince them that what matters is ethnicity. Despite this, the media and others allow themselves to be seduced by the notion that we can fiddle with and fix the Constitution so that those troublesome elements – wananchi, the sovereign people of Kenya – don’t turn violent.

What happens in electoral politics recurs in appointments. Deputy President William Ruto is accused of appointing only Kalenjins when he had a choice. It happens all the time. Parastatal heads, presidents, and others constantly favour their own communities in appointments. Obviously just because, for example, a Luhya head of a public institution is replaced by a Kamba, the best people for appointment and promotion do not suddenly cease to be Luhya and are found among the Kamba.

But when the Kamba chair or ED comes into office and finds the place stuffed with Luhyas, he or she thinks, It’s our turn now.’ It’s self-perpetuating. It has precious little to do with merit. People blame others for this, while doing it themselves. The National Cohesion and Integration Commission makes valiant efforts to highlight it, commenting for example “in over 36.8% of the parastatals, the ethnic group of the largest number of employees is similar to that of the chief executive officer”, but can do little to rectify it.

INABILITY TO SEE THINGS ANY OTHER WAY

The mindset is pervasive. Look at comments about the new ‘Deputy Governor’ of Nairobi. Lawyers differed over whether the whole process was constitutional, and the media professed to see alignment with or against BBI in the matter. No one – least of all the media – seems to think one can have an expert or principled position on anything.

If you don’t like the BBI (because, for example, you think it will produce some constitutional absurdity, is designed to achieve something other than it professes, or won’t even achieve the alleged aim) you are assumed to support Ruto, and if you do support BBI you must be pro-Raila and Uhuru.

It is extraordinarily frustrating to feel that, if you happen to share a view on a matter with a particular politician, you must be his supporter – even if you would not dream of voting for him.

The true underlying reality of our politics is less some supposed ineradicable tribalism of the Kenyan people than the incorrigible opportunism of politicians. And the other – not unrelated – is the inability to conduct elections that are accepted by those who lose, coupled with a refusal to admit one might lose.

The real tragedy is that no-one has come with up with anything to deal with these fundamentals – including in the BBI, which really does not confront them.

(This article was first published by The Star Newspaper (www.the-star.co.ke)  on 23 January 2020)