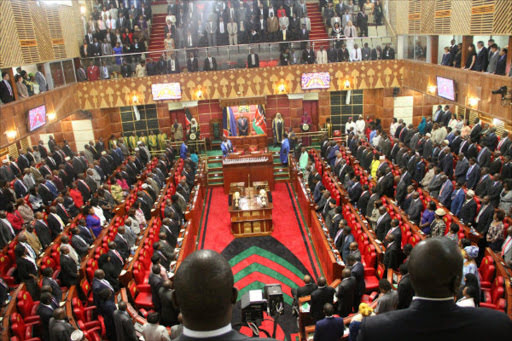 A number of ‘nominated’ senators are facing a crisis because their party has disowned them. And the media are telling us that without the party through which they entered the Senate they cannot remain in the House.

This idea that you have to lose your seat if you cease to belong to the party on whose ticket you got that seat existed in the old Constitution, having been introduced at the initiative of President Jomo Kenyatta in April 1966.

Why did Kenyatta want to have members who resigned from a party lose their seats? Because some MPs, including Oginga Odinga, had dared to leave Kanu and join the Opposition, the Kenya People’s Party.

Incidentally the Constitution was amended almost immediately, and in two days. The ‘little general election’ followed for 29 MPs who lost their seats. So sometimes such a provision in the law can be used to stop the growth of opposition to the government — at least within Parliament.

The boot can be, as they say, on the other foot: A powerful government may welcome into its party fold people from the opposition. This happened in 1964 when Kadu members joined Kanu.

The pattern was clear: Opposition MPs were welcome to join Kanu (and most had done so) but not to leave. The road to the one party state was becoming clearer.

If an MP’s entire party joined another this did not incur the penalty – this is what had happened in 1964.

The theoretical intellectual justification for such a rule is that the people have elected a person from a particular party, and presumably that membership was an important factor in the public choice.

So if the elected member chooses to leave that party, the public should be given a chance to decide if they want him or her as an individual or someone from the party he or she left.

And if a ‘nominated member’ changes sides that weakens the party for which they came into the House, and upsets the arrangement under which parties’ nominated seats depend on the number of constituency or county seats they won.

It is a bit less convincing when applied to individual MPs representing geographical constituencies. In Kenya, you make your mark on a ballot paper next to the name of the individual, not just of the party. Sometimes clearly the identity of the individual is at least part of the reason they won.

It is different in countries where people vote not for individuals but for a party list. No individual represents an area and voters may have limited ideas of who are the MPs of their favoured party. South Africa has such a system.

The 2010  Constitution provision was introduced partly as part of a whole group of measures to try to produce — or at least encourage — effective, policy-based and disciplined political parties. It is intended to discourage party hopping, at least once someone has been elected.

It applies to anyone who is elected as an independent – with no party – and then joins a party, as well as those who leave a party.

The phrase used in the Constitution is that a member who “resigns” from their party loses their seat (Article 103(e)). A member could also be treated as having resigned in some other circumstances – set out in the Political Parties Act.

Clearly it is highly likely that the law is going to be scrutinised by the courts very soon. What issues may emerge?

The senators in question have not resigned. They are being kicked out of their party. When can someone be expelled from the party? The Constitution does not deal with this. But the Political Parties Act does. It says that a person can be expelled from a party only for violating the constitution of the party – and they must be given a fair hearing first.

It is hard to know from the newspapers if the senators have violated the party constitution. One paper said that Jubilee had expelled them for associating with the Deputy President.

That would be odd — if only because as far as one knows the Deputy President is still a party member. And how might it be a violation of the party’s constitution? However, this will no doubt be fully considered by the Registrar of Political Parties and perhaps in court also.

More interesting is the question whether being expelled from the party — rather than resigning — means that MPs or senators lose their seats in Parliament. You might expect so. But the Political Parties Act does not say so. And the Constitution leaves it to the Act.

This struck me as interesting at least, so I went into the history.

The Constitution of Kenya Review Commission draft Constitution in 2002 said that a member of Parliament, who left the political party for which the member was elected “to join another party” or to be an independent member, lost his or her seat.

Because the purpose of leaving implies a choice by the member it might not include being expelled by the party.

The Bomas draft in 2004 said that as well as someone who resigns from a party, a person who is “expelled from a party for indiscipline after a fair hearing” would lose their seat.

The Committee of Experts’ first two drafts were very much like the Bomas draft on this. So where did the statement about expulsion leading to loss of seat disappear to?

The answer is that the Parliamentary Select Committee that scrutinised the draft in Naivasha changed the statement “if the member resigns or is expelled from a political party”. They removed everything after the word “resigns”.

The Committee of Experts reinstated the rule that a member loses their seat if they resign, but presumably thought it was too political and controversial to reinstate the rule for those expelled, and left it to Parliament.

And when Parliament passed the Political Parties Act, it did not include being expelled as leading to loss of seat. Interestingly, they did include various other activities that would be treated as having resigned: forming or joining another party, or promoting another party basically.

So essentially they were prepared that MPs should lose their seats for voluntarily supporting a rival party, but not because they were thrown out of the party as a disciplinary measure for activities unconnected with supporting another party.

The little bit of Kenyatta I era history does indicate that whether anti-defection laws (as the Indians call them) are a good or bad thing is not an easy question.

Perhaps if we had got the law on recall of MPs straight it would have been better: the constituents could decide if they felt strongly enough to take steps to withdraw their MP or senator.

To be fair, there is some sense in not making MPs who have been expelled from their party lose their seats – expulsion may be used to victimise people.

Looking at it from the perspective of trying to encourage true political parties in Kenya, this has not generally been very successful.

Parties are still vehicles for individuals of political ambition to engage in opportunistic manoeuvring rather than breeding grounds for political policies and to bring together political actors of similar mind.

The issue tends to matter more in a parliamentary system: MPs moving parties can actually lead to a change of government if they follow it up with a vote of no confidence – which may not always be a bad thing.

Final thought: in a presidential system the President (and deputy) can do all sorts of political manipulation without running the risk of losing their seat. People say there is a political party “associated with” the DP.

For an MP to do that should mean the automatic loss of seat. But the DP or President can be removed only by a high vote to remove them by impeachment.

This article was first published by the Star Newspaper https://www.the-star.co.ke/siasa/2021-04-03-legislators-losing-seats-for-leaving-party-the-history/