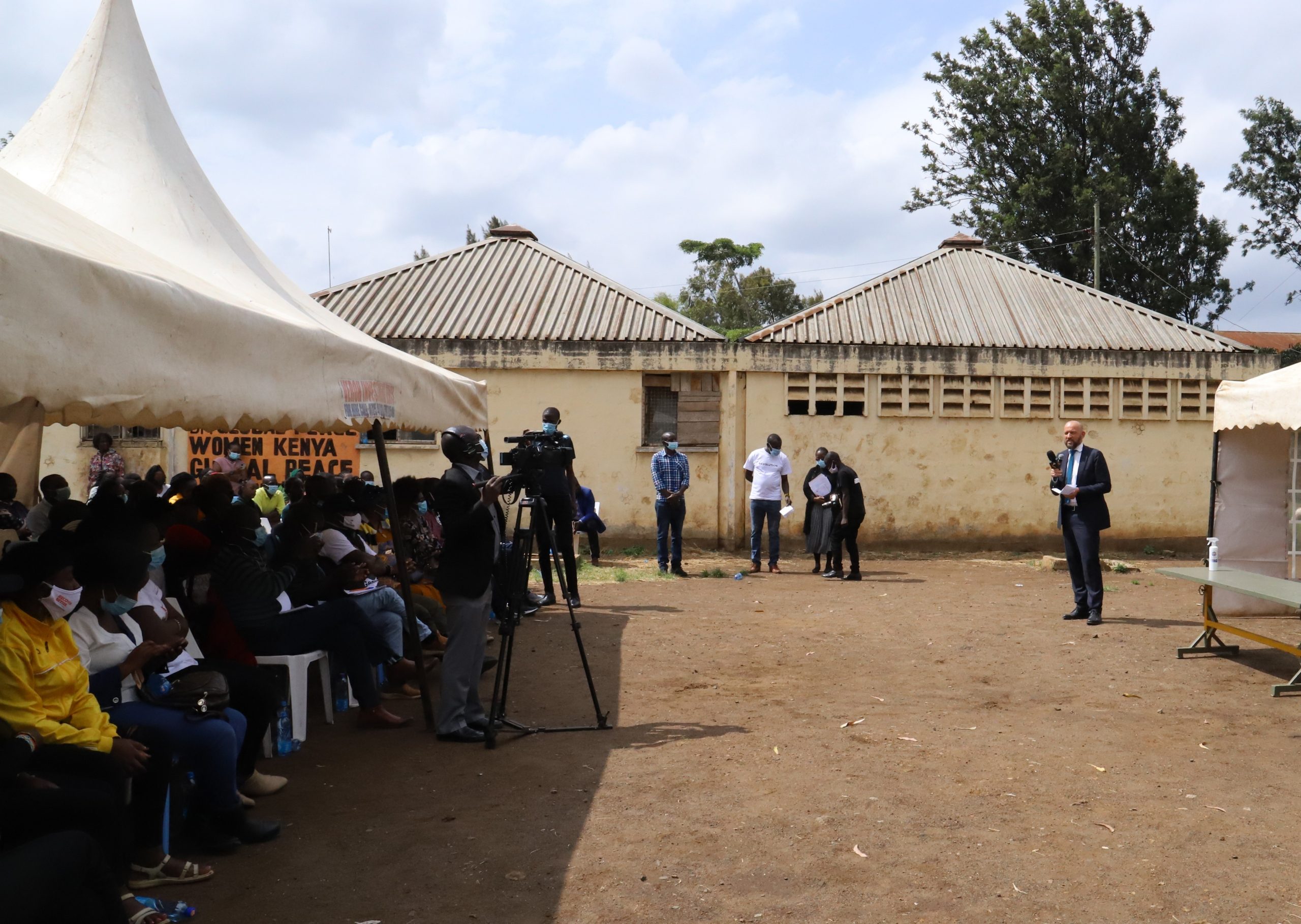 Katiba Institute (KI) and the Social Justice Centers Working Group (SJCWG) have started implementing a project on Sexual and Gender-Based Violence (SGBV). The project “Enhancing Prevention and Response to Gender Based Violence Exacerbated by the COVID-19 Pandemic”, is funded by the Royal Norwegian Embassy in Nairobi and seeks to enhance freedom from Sexual and Gender-Based Violence in various informal settlements in Kenya, by improving SGBV response and prevention through greater community engagement and ownership.

Speaking during the official launch of the project, the Norway Deputy Ambassador Stian Christensen noted that the initiative was an important partnership through which Norway is contributing to communities’ efforts to mitigate impacts of Covid-19 pandemic, in this case addressing rising cases of gender-based violence in informal settlements.

“In Nairobi alone, the Social Justice Centers documented 1,964 SGBV cases between March and August 2020. The cases ranging from child abuse and defilement, child neglect, physical (domestic) violence and rape. These are not just numbers. They are people, children and families whose lives have been harmed by SGBV. These numbers convey the urgency with which we all ought to work together to support survivors of SGBV and to ensure that the response to these cases is well coordinated and efficient, with the needs of the survivor at the center.”   said Ambassador Stian.

He further said that Social Justice Centres have emerged as a unique partner with ability to reach and respond to the needs of survivors of SGBV in informal settlements.

Katiba Institute Executive Director Christine Nkonge said that gender-based violence is one of the most prevalent violations of human rights in the world, and there was need to have prevention measures in place especially in informal settlements. She said that the project will play an important role in strengthening the follow-up and documentation of SGBV cases.

Wilfred Olal who is the national convener of the Social Justice Working Group emphasized the need to work on preventive measures to deal with SGBV. He noted that the cases reported at various centres indicate that this is a problem affecting the society in general and something must be done to combat it. Olal said that men who have been affected have been suffering silently because of stigma.