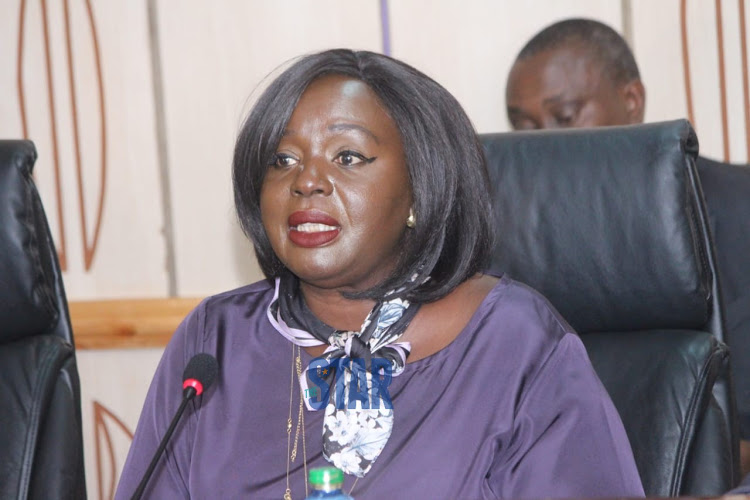 Reading government newspaper advertisements is not everyone’s idea of light reading. But they can raise interesting issues.

On Tuesday, there was one from Foreign Affairs Cabinet Secretary Raychelle Omamo. It said she was obliged to inform the public of every international treaty to which Kenya is a party. That is true. And the Treaty Making and Ratification Act goes on to say: “The relevant State Department in respect of each treaty shall take measures to inform and create awareness to the public about the effects and benefits of the treaty.”

The advertisement lists five treaties: About the International Academy of Anti-Corruption, and on Audio-Visual Performances, Eliminating Trade in Tobacco Products, the African Civil Aviation Commission

The last is East African, the fourth Africa-wide, and the others international. I had never heard of any of them – though I could link the one on tobacco to the Framework Convention on Tobacco Control, a World Health Organization treaty which, to be fair to Kenya, our country has taken some steps to implement.

THE ROLE OF THE PUBLIC

My reaction to this advertisement was first, “Isn’t Parliament supposed to ratify treaties, and is not that process supposed to involve public participation?”

Since ratification is the final stage in adopting a treaty, and commits the country to perform whatever obligations it has signed up to, the next question was obvious: Should we not have heard about these before?

I won’t go into the difficulty I had in tracking down the text, either on the Ministry of Foreign Affairs website, or on the KenyaLaw.org website. Both of these have many treaties, though the mechanisms for finding an individual one leave a good deal to be desired.

Most people probably go through life without any clear idea of what treaties Kenya has signed, and are none the worse off for that. But many are important. Through treaties Kenya has committed itself to respect a wide range of our human rights. The country is committed to a huge number of improvements in working conditions through International Labour Organization treaties.

Early draft constitutions tried to make treaty making and implementation much more a matter of public interest. The draft that emerged from Bomas in 2004 said that Kenya must report on time to international human rights institutions on how we have been implementing human rights treaties, and must make the country’s reports public for discussion before they go to the treaty bodies, and debate on them before the reports are revised and submitted.

The government must ensure that obligations under treaties on the environment became part of Kenyan law. There must be public participation, discussion and input before the country finally commits itself to environmental treaties. Treaties had to be approved by Parliament.

By the time we got to 2010 and the second draft of the Committee of Experts, all this except the last, and the rule about making environmental treaties part of Kenyan law, had disappeared. This last one was removed by the committee of MPs that made so many bad changes to the document in May 2010.

But the Committee of Experts did an interesting thing in their last minute tidying up of the draft: They removed the piece about Parliament approving all treaties, but inserted something new. That all treaties would be part of Kenyan law, though not superior to the Constitution (Article 2(6)).

Recently Mbita MP Millie Odhiambo-Mabona told the National Assembly that the church had opposed the Constitution partly because of that provision about treaties. She explained that she had introduced the Treaty Making and Ratification Act because of that concern. The result is that Parliament does at least look at treaties, and probably gives them as much attention as many Bills get.

ROLES OF NATIONAL ASSEMBLY AND PEOPLE

Indeed, the National Assembly has apparently approved ratification of various treaties. The issue is referred to the most relevant Assembly committee which is then given about an hour to present its conclusions and recommendation to the full House.

Like enacting actual Acts of Parliament, this is supposed to be a participatory process – the Act says this, and so does the Constitution. The committee will advertise for public input – though all too often committees give too little notice to the public generally. They will also probably contact bodies with a particular interest in the issue.

Of these new treaties, most of us would understand best the one about the illicit trade in tobacco products. And, true enough, the committee reported in the National Assembly that they had received 14 memoranda from the public, of which all but one favoured ratification.

The idea is to deal with practices that are a loophole in tobacco control. Smuggled and counterfeit tobacco products evade duty – so make tobacco cheaper when policies are to make them less accessible; they will not have the required health warnings; and they may be stronger and more harmful to smokers.

Reading the treaty indicates the limitations of the idea that it becomes part of Kenyan law. Like treaties generally it says that the state – the government – must do a lot of things. In this case it is supposed to work with other countries to set up a system of electronic tracking of tobacco products, so legitimate and illegitimate items can be distinguished

It is supposed to create new offences under the criminal law. The treaty alone cannot do these things.

We also learn from this example how important it is to have some organisations that are pushing the issues. For tobacco control we have the Kenya Tobacco Control Alliance (KETCA), which works with other organisations to publicise the issues and pressurise government.

One of the regrettable things about this process is that though we can read what the MPs say about the issue, it is rare for the reports of parliamentary committees to be readily available. There is no longer even any pretence on the National Assembly website that the reports are available.

WE CAN DO BETTER

Treaty making and enforcement is a less secretive activity than it used to be. But we have a good way to go before it becomes something that people understand. We need the Ministry of Foreign Affairs to do more than put a list in the newspapers of treaties already ratified – so the process is ended. Could they perhaps ensure that on their website at least there is an account of what the country has committed itself to by ratifying – preferably before ratification occurs?

Each relevant Ministry must ensure that it does its part in informing us about the importance of treaties. The Act says that when a Cabinet Secretary takes a proposal to the Cabinet about entering into a treaty, he or she must provide a lot of information including “the views of the public on the ratification of the treaty”. How do they know?

We need more active involvement of the people in pushing for useful treaties to be entered into, and then to be ratified so they become binding. For example, why, did Kenya sign the Treaty on Enforced Disappearance (in 2007!) if we did not mean to commit ourselves to it?

And once treaties have been ratified we need to push government to implement them. Even passing laws is not enough. As KETCA points out – we were seen as a leader when we passed the Act on Tobacco Control, but 13 years later various important aspects of the Act have not been implemented, and money has not been put where the government’s mouth (in the form of the Act) is.

This article article was first publishaed by the Star Newspaper on 03 June 2020.