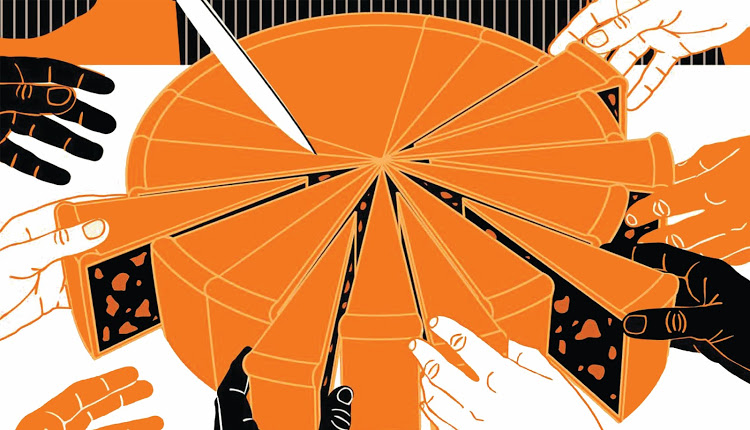 That sort of language is, of course, not supported by the Constitution, the drafters of which carefully avoided using ‘man’ or ‘his’ alone.

The Constitution does recognise one person one vote — indeed, one value. “Equality of vote,” Article 81 says. This means that each vote should carry as far as practicable the same weight. There is no space to explore this here.

The constitutional design for allocating national revenue to each individual county is clearly not (did not say?) that it should be based only on the number of people within its boundaries.

Article 203, about financial laws generally, including the controversial County Allocation of Revenue Bill is the key.

The factors to be taken into account in allocating funds among counties include “economic disparities within and among counties and the need to remedy them” and “the need for affirmative action in respect of disadvantaged areas and groups”.

This reflects the Constitution’s emphasis on equality, and on affirmative action and equity as ways of achieving true equality.

But since neither of these is true, it would clearly be unconstitutional to use that basis alone for sharing funding. It is not treating people equally (or equitably) if you treat everyone alike regardless of their needs. That is not to say that population is irrelevant.

Would the political voices of former Central province accept that “sauce for the goose is sauce for the gander,” and Nairobi be treated on the same basis as they wish to be treated?

Nairobi (according to the 2019 census) has about 9.6 per cen of the Kenyan people. Should it get 9.6 per cent of the money? No doubt our Central friends would say that providing services in Nairobi, where distances are small, and roads exist (even if not all are great) is easier than in some less densely populated areas, and that Nairobi has greater capacity than anywhere else to raise its own funds. Quite. In fact, this controversial Bill proposed about five per cent to go to Nairobi.

By the same token, it is clearly easier to prove kilometres of road: in Kirinyaga 506 and in Nyeri 322.

Now consider Garissa, where it is 18 or Isiolo where it is 11. Blanket figures are not very helpful – no doubt in towns in these counties people are close together and services may not be so hard to provide, while there may be some areas with no people to be served. But the point remains that governing a huge area — not just providing services to it — will cost a great deal more than doing the same things in a more compact area.

Then there is the question of the starting point. If our ultimate aim is equality (and who can deny that it is if they have any allegiance to the Constitution?) and our way to achieve it is equity, we cannot ignore the other realities of life in different parts of the country.

The Commission on Revenue Allocation (in its yet-to-be-adopted scheme on allocating revenue) has used a few of these differences as factors in recommending how much counties should get.

The proportion of people without health insurance, and number of people in need of access to clean drinking water are used as indicators of need. Above all, the extent of poverty in each county is a major factor in their recommendations.

These differences have various causes. But the factors contributing to unevenness of wealth, health and other differences in life experience have included – for Central – the very fact of having been the place of origin of the presidents who have served for 32 of Kenya’s 57 years of independence.

Not unrelated is government policy, including in Sessional Paper No. 10 of 1965. Of this it has been said (by Daniel Sifuna and Ibrahim Oanda), “[it] promised equity and equal access to the benefits of development for every citizen, yet deferred government intervention in less developed areas, while blaming citizens for the levels of underdevelopment.”

Article 174 of the Constitution says that one object of devolution is “to foster national unity by recognising diversity”. But this does not mean perpetuating injustice on the basis that it is the result of diversity. We have all heard the stories (if not witnessed the reality) of people in some parts of the country who would ask “How is Kenya?” when others came from Nairobi – so little did they feel part of the nation. And we have perhaps read how devolution has helped them feel part of Kenya. But that requires equal respect and equitable treatment.

Sharing resources is always a difficult topic. But national unity (another national value) depends on it. In the run-up to Independence, coastal Arabs and Swahili especially and some Europeans, favoured autonomy for the Coast, or even resisted the idea of the 10-mile strip being confirmed as part of Kenya, wanting reunion with Zanzibar. This was a minority view. But just before Independence, there were stronger doubts about Kenya in the North East.

A commission sent by the British to gauge the wishes of Somalis found overwhelming support for secession—but neither Britain nor Kenya later acted on it. You might say that Central province and its President refused to contemplate letting the North East go. Decisions, as they say, have – or ought to have – consequences.

There was never much enthusiasm for devolution among Central province politicians. If you believe you have some god-given right to rule, you are less willing to reduce the scope of your powers.

WHAT TO DO IF NO AGREEMENT?

It is a weakness of the Constitution that it does not satisfactorily explain what happens if certain financial legislation is not passed. It includes a statement taken from the previous Constitution: That the National Assembly may authorise the release of half the money budgeted for the financial year if the law needed to pass the full budget has not been passed. It is a pity that the drafters did not think, “But what about the counties?”

Recently the Supreme Court ruled about last year’s crisis: When the Division of Revenue Bill — which divides money for the year between the national government and the counties generally — had not been passed. The Court said that counties should receive half of what had been allocated to counties the previous year.

They do not seem to have considered this year’s difficulty: that before the share of each county is clear, the County Allocation of Revenue (CAR) Bill must be passed. But using their general approach we could say that each county should be allocated half what it got last year – or perhaps half of the least it would get, according to the rival drafts of the CAR Bill.

And the National Assembly should not resolve to make a provisional allocation between national and counties, without also allocating individual counties their provisional share.

Senators are there to protect the interests of their counties and the nation as a  whole, and their task is not an easy one. But it is most saddening to read of some being less concerned about their counties than their own pockets or privileges.

And now Uhuru and Raila, if not the Senate, seem to be of one mind. In order to get this pesky business of money for counties out of the way to clear the path for the BBI, by any chance? Again – in whose interests?

This article was first published by the Star Newspaper https://www.the-star.co.ke/ on 8 August 2020. The image used was used in the article.