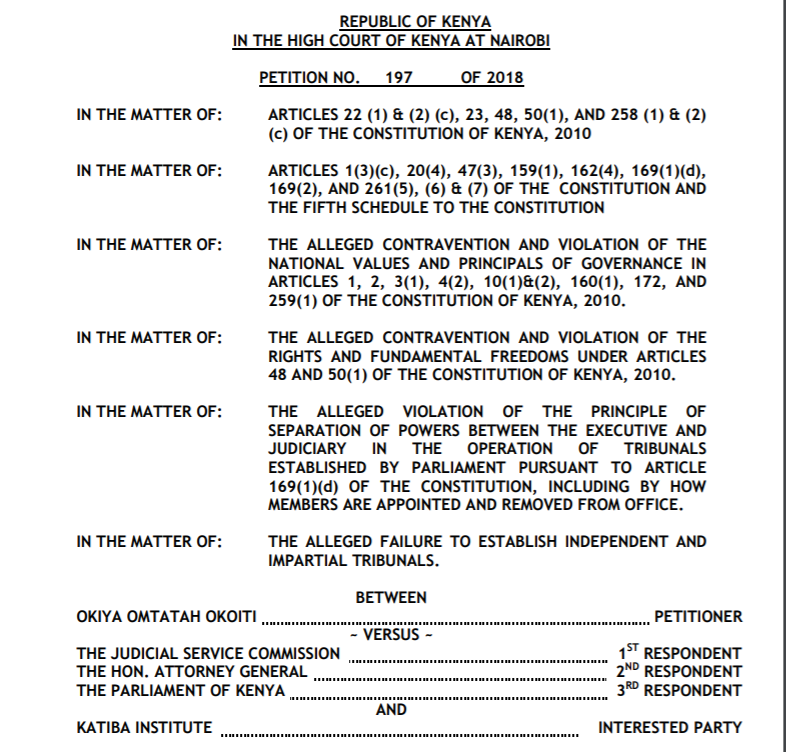 Court holds that parastatal appointments must be fair, open, and competitive to give all Kenyans a fair chance. Court also finds that the 2018 posts were not advertised or interviews conducted. Gender, ethnicity, and disabilities not considered.

Kenyans “desired that appointments be made in
an open, transparent and inclusive manner taking into account, the marginalized and people with disabilities. They deserve no less. They are entitled to their wish as a matter of right and not privilege. It is a constitutional compulsion”